The Calgary Philatelic Society won for the most votes and the Canadian Stamp News cover contest for Best National Stamp Collecting month cover and will win the prize of $150. With 619 votes, the runner up Kevin O'Reilly had 591 votes in a tight race. The cover is shown here. The cover was designed by Dave Bartlet for the club, and the main cachet shows the title page of John Noad's exhibit on Dinosaurs from last years CALVIRT exhibit. It is franked with a BNAPEX Virtual stamp, and the cancel from the BNAPEX Virtual show in September. 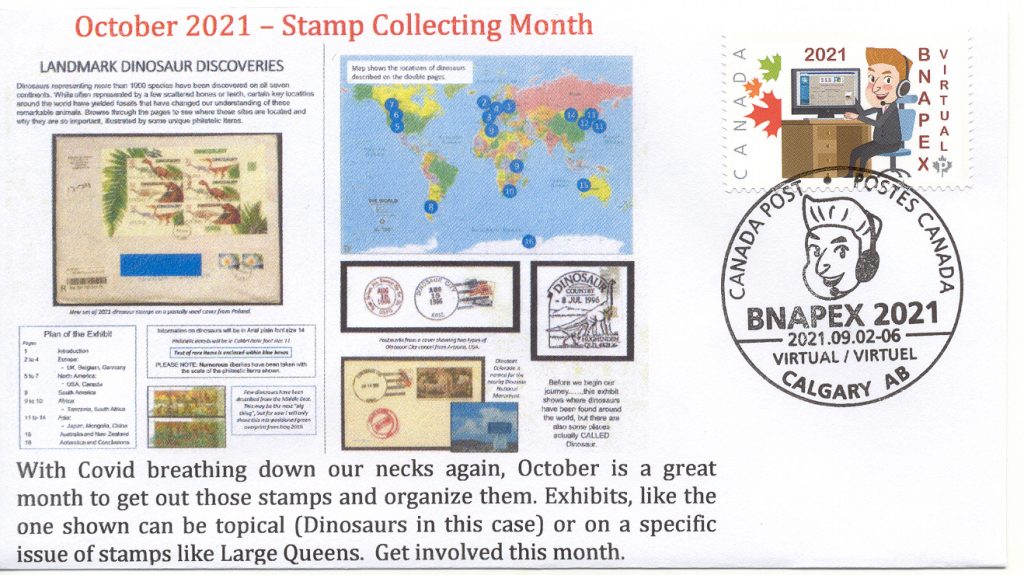